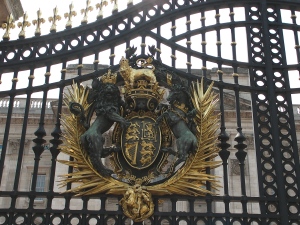 The train into London has just been cancelled because someone has thrown themselves under a train from a footbridge just outside the station. Annoyed at having his Saturday plans ruined, the man next to me snarls,
“Well I hope they died in f***ing agony!”
Another woman, standing nearby on the platform, agrees with him;
“Selfish b*****d! Why can’t these people find somewhere else to kill themselves?”
I am frozen to the spot. I glance at my wife and a knowing look of horror passes between us – we are both hoping our two young boys haven’t heard what has just been said.
I am appalled by this lack of compassion and frightened by the verbal aggression on display. I am also wondering about the person I did not know, who jumped from the bridge just a few minutes ago on this sunny, summer Saturday morning.
But despite my shock at the event – and the attitude of those around me – I remain silent.
Since that fateful Saturday I have told this story several times – and always with the aim of showing how far society has fallen and how shockingly cynical the world has become.
I can tell this story because I can’t imagine myself ever thinking such thoughts, let alone saying them out loud in a public place!
And, as I recount this story to my friends, we can nod and tut at each other, safe and smug in the self-realisation that we are better than them! We will not, of course, openly declare ourselves better than them, but deep down we know it is true.
Now, I’m not saying that there are any circumstances in which expressing no compassion and spewing out hatred are right, but I do wish that I had found the courage to say,
“Come on, guys! Let’s have a little humanity and compassion for that poor lost soul who has just ended their life”.

But I didn’t. I just managed to judge them and elevate myself in the process.
And, while I genuinely believe that I would not act, in that instance, as my fellow passengers did, I am still guilty of a deep hypocrisy that comes from self-deception about how good I really am.
Until the moment they opened their mouths, I was ambivalent to those standing with me on the platform. I did not think myself to be better or worse than them. But, once they spoke, it all changed in an instant: I looked at them with distain; made judgments about their behaviour; and elevated myself as a result, making me superior to them.
Jesus tells a story about this sort of behaviour:
He told his next story to some who were complacently pleased with themselves over their moral performance and looked down their noses at the common people: “Two men went up to the Temple to pray, one a Pharisee, the other a tax man. The Pharisee posed and prayed like this: ‘Oh, God, I thank you that I am not like other people—robbers, crooks, adulterers, or, heaven forbid, like this tax man. I fast twice a week and tithe on all my income.’
“Meanwhile the tax man, slumped in the shadows, his face in his hands, not daring to look up, said, ‘God, give mercy. Forgive me, a sinner.’”
Jesus commented, “This tax man, not the other, went home made right with God. If you walk around with your nose in the air, you’re going to end up flat on your face, but if you’re content to be simply yourself, you will become more than yourself.”
Luke 18:9-14, the Message
In the book ‘Leadership and Self-Deception: Getting out of the Box’, one particular story illustrates this phenomenon of self-elevation very well:
A man and his wife have a new baby. One night, as the couple lie in bed, the man reflects contentedly on what he has: he is happy with his wife; she is a good wife and mother; she is working hard to bring up their baby.
As they lie in the warm, cosy darkness the baby begins to cry. At first the man thinks to himself,
‘My wife is tired; she has been busy all day with the baby. I will get out of bed, see to the baby and let her sleep.’
But then the man pauses, feeling the warmth of the bed, and he thinks to himself,
‘But it’s warm in here and cold out there, and I’m tired.’
So he lies still, pretending that he is asleep in the hope that his wife will get up and go to the child. But, after a few minutes of lying still and the crying getting louder, his wife has still not made a move.
Finally the man flings back the covers and gets noisily out of bed. He stomps to the cot to pacify the baby and, as he goes, he mutters under his breath,
‘What kind of mother would leave her baby to cry? Doesn’t she know I have been at work all day and have to get up early in the morning?’
In a short space of time this man’s attitude has changed. He has gone from contented to critical, and his wife has gone from being a great mother and loving wife to being a poor mother and a selfish wife.
And this man has betrayed himself in the assumption that he is not part of the problem.

When I am critical of others I am often self-deceived and inclined to create my own problems – in reality often transferring the blame from me to them. But Galatians 6:3 tells us that,
“If anyone thinks they are something when they are not, they deceive themselves.”
This is not that I should artificially inflate my own sin and minimise that of others, but it is a matter of focus; understanding that I am part of the problem is also to realise that I can choose to be part of the solution.
Resolution would mean I have to see myself as I really am, accept that the problem is also in me, and repent.
In his book ‘Samson and the Pirate Monks’, Nate Larkin brings a challenge to our leanings towards self deception and grandiosity. When choosing accountability partners, says Nate, we tend to choose people who we think are our equal or better, when all that is really needed for someone to be able to speak into my life is not to be me.
After reading that passage I knew I was guilty.
I thought of my friend Mike, a former drug addict and alcoholic. Although he had managed to turn his life around, Mike still lived on the edge. I knew that I would not have thought about asking his advice about any issues I might be facing – but this said so much more about me than about Mike!
Embarrassed by this truth, I sought Mike out and apologised.
I wish I had not been cowardly, that day at the train station.
I wish I had done the right thing because – when we do not do good, or we do it ungraciously – it becomes of moral importance, because the heart of the problem is in our refusal to do what we know to be right.
When we are true to our sense of what is right we have no need to explain ourselves. But when we are untrue to what we believe to be right, there is much to explain. Or, as the Bible puts it:
As it is, you are full of your grandiose selves. All such vaunting self-importance is evil. In fact, if you know the right thing to do and don’t do it, that, for you, is evil.”
James 4:17, the Message

6 thoughts on “Are We Better Than Them?”